6 Surprising Ways That Yoga for Golf Will Improve Your Game 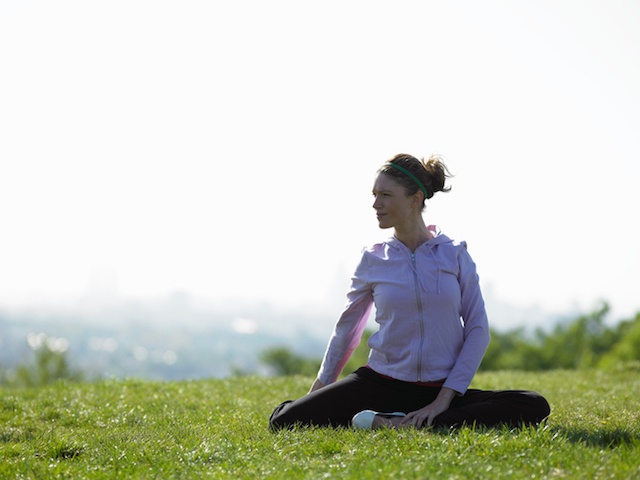 Who would have thought it? While most golfers are happy to walk down the fairways, make their swings and socialize at the club, others are tying themselves in knots wearing stretchy pants.

Yes, it’s yoga for golf, and it’s a serious pursuit. The Eastern exercise of breath and body control is becoming increasingly popular among golfers looking for it to help their game. It turns out that many of the skills acquired in yoga can become helpful attributes for golfers seeking new ways to lower their scores.

Yoga and golf share a basic premise: One may become deliberate and thoughtful about one’s body. Golfers will work ceaselessly in order to fine-tune their set-up, swing, and short shots. The slightest alteration in foot placement can make a dramatic difference in the outcome. Yoga is exactly the same. In practicing yoga for golf, the golfer will pay the closest possible attention to the mechanics of a given activity, learning to extend their reach, settle their weight, stretch and flex, and contract their extremities from the beginning of a sequence to the conclusion of an exercise. In each step, the golfing yoga practitioner becomes more precise and better at the game.

Patience is a virtue, so they say, and this is equally true in both golf and yoga. Golfers must take their time, not just waiting for other players, but also in their own pace when playing the game. While rounds of golf can be too long, being in too much of a hurry will inevitably erode one’s play. Just as the yoga practitioner waits through a pose with stately grace, the golfer must learn to practice patience in order to succeed. The most important display of patience that a golfer should employ is after a bad shot or hole. Being patient with oneself and not panicking will provide the runway to better shots.

Another key virtue that binds both activities: respect. In yoga, the student is beholden to the teacher. The “guru” tradition runs strong, as one turns to a more experienced guide to lead the way through unknown territory. In learning this approach, golfers may speed their own development. As most golfers will learn somewhere along the way, a teacher who knows the game can be an invaluable ally in the effort to improve one’s play. Both endeavors emphasize respect, which includes a willingness to learn with humility from those who have been there before.

Yoga is not for the faint of heart. While seemingly slow and “low-impact,” so to speak, the practice, in fact, requires a high degree of physical endurance. An hour-long session can be a substantial workout—and there is mental endurance needed as well: the willingness to repeat an effort over and over in order to get it just right. Such skills, acquired through yoga for golf, apply equally on the golf course.

It would be hard to underestimate the similarities between golf and yoga when it comes to the matter of focus. After physical control, this trait is perhaps the most binding link between the two exercises. In golf, focus is a given, something so fundamental to the game that it would be hard to imagine playing in any other mindset. In practicing yoga for golf, the player can bring a new degree of intensity to the matter. Yoga requires one to give one’s full attention, to be in the moment and focused entirely on the matter at hand. Staying in the moment for golf shots is what even the best players in the world strive to do.

Obvious, perhaps, but still worth stating: Yoga loosens you up. Golf requires physical dexterity in matters such as balance, coordination, stamina, and flexibility. All these criteria will be derived from successful yoga practice as well.